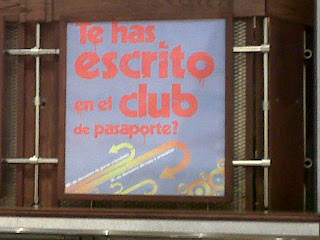 The intention of  translating the text from English to Spanish  "Have you subscribed to the Passport Club," failed in this Tower City's Campaign.

I have been living in Cleveland for more than 6 years, and I remember that the first time I saw this poster at Tower City Center in downtown Cleveland,  a terrible sense of frustration invaded me. First, because "Te has escrito en el club" does not mean anything in Spanish; second, because I believe the budget for this campaign at least must have allowed them to hire a person that really is bilingual in Spanish with knowledge of the Hispanic Market (Otherwise, why would they have wanted to translate the message?) .


Should I make a big deal of this little issue?

Spanish is the official language of 332 million people around the world, and it is spoken in 21 countries (for a list of countries, click here); according to the World FactBook, 35 million people speak Spanish in the U.S. and it is the second most studied language in this country.


Spanish has evolved from its origins, dated in the 6th Century BC, and has developed its own grammar, rules and context. The integrity of Spanish is guarded by The Royal Academy of Spanish Language (RAE) located in Spain. In addition, several books written in Spanish had made their special place as classics of universal literature like Don Quixote (1605) by Miguel de Cervantes Saavedra. One can also rejoice at the beauty of the written word in the works of Nobel Prize Gabriel Garcia Marquez and Mario Vargas Llosa. A language so rich should be preserved and be well spoken, particularly,  in marketing campaigns whose target market are Spanish speaking people.


Escribir (To write). The common use of this verb is found in the RAE Dictionary to denote the act of representing words or ideas with letters or other signs on a paper or other surface. To compose books or speeches. To communicate by writing something to someone. To write musical notes. When this verb is in the call of action contained in the poster, it misses the intent to belong to the 'Passport club' which is different to the mere writing of a name on a paper.


Instead, the right verb to use is the following:


Inscribir (To subscribe). According to RAE, it means the act of adding the name of a person to others for a particular purpose; in the case of Tower City, the purpose is to belong to the Passport club.


As a side note, in the written Spanish Language the question marks are used at the beginning of the sentence to indicate that a question has been asked, and closes at the end of the same sentence. Everyone knows the importance of punctuation which help us give intention and meaning to what is read. Although applying the question marks is a little tiresome to do on a conventional keyboard, here is a hint: Open MS Word, go to the tab /insert/Symbol/ and a box will appear, just look for the inverted question mark: 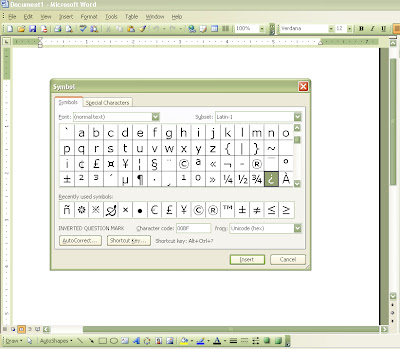 What I demand from Tower City is:
Option A. Please remove the poster. I don't even know if the club still exists or is just a piece of forgotten ornament that shyly amuse the hurrying people that is obsessed to get out of the RTA to grab some coffee from Dunkin' Donuts -in fact, a search on the Tower City website did not show any results- .


Option B. Please replace the aforementioned piece of marketing with the appropriate correction, and return the dignity to the language and the ones who speak it in the city.